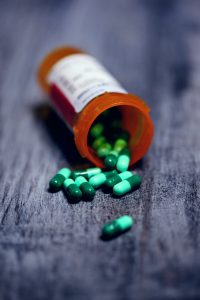 Generic and biosimilar companies often try to invalidate in-force pharmaceutical patents to pave the way for launching their generic or biosimilar products. In the recent decision of Juno Pharmaceuticals Pty Ltd v Celgene Corporation [2021] FCA 236, the respondent Celgene Corporation (Celgene) was the owner of the Australian patent no 715779 (779 Patent), which was granted a five-year extension of term that extended the expiry thereof to 24 July 2022. The extension of term was based on the regulatory approval date of a compound called ‘lenalidomide’. Juno Pharmaceuticals Pty Ltd (Juno) and Natco Pharma Ltd wanted to launch their generic lenalidomide products and challenged the validity of the 779 Patent.

Celgene had registered a number of products containing lenalidomide, collectively called “Revlimid”, on the ARTG and the PBS for treating multiple myeloma, myelodysplastic syndromes, and mantle cell lymphoma. Juno had sought TGA approval for their proposed lenalidomide products. However, TGA approval was yet to be obtained, which implied that the indications for which Juno’s proposed products would be approved for by the TGA was uncertain at the time of the decision.

The 779 Patent claimed substituted 2‑(2,6‑dioxopiperidin-3-yl)-phthalimides and -1-oxoisoindolines compounds, and a method of reducing tumor necrosis factor alpha (TNFα) levels in mammals. Claim 9 of the 779 Patent claimed the chemical compound 1-oxo-2-(2,6-dioxopiperidin-3-yl)-4-aminoisoindoline (lenalidomide) which falls within the scope of broader claims 1 and 4. Claim 5 specifically claimed the method of reducing TNFα levels comprising administering an effective amount of a compound according to claim 1. Since Celgene’s exclusive rights were confined to the compounds per se during the extended term (s78 of the Patents Act 1990), Juno’s validity challenge was limited to claims 1, 4 and 9 of the 779 Patent.

Juno alleged that the 779 Patent was invalid for lacking an inventive step, failing to disclose the best method and for false suggestion, and sought to expedite the trial of all issues related to the invalidity allegations concerning the 779 Patent. Celgene responded with infringement proceedings against Juno with respect to the 779 Patent as well as seven other patents. Celgene also applied to summarily dismiss the alleged grounds of failure to disclose best method and false suggestion. In turn, Juno submitted a strike out application concerning certain parts of Celgene’s crossclaim.

The lack of inventive step was based on the fact that lenalidomide was structurally similar to a compound called thalidomide, which was a well-known compound with analogues that shared pharmacological properties with lenalidomide, including the reduction of TNFα levels. A trial involving substantial technical and expert evidence was determined to be required to address the question of inventive step. In regard to the principles concerning summary dismissal, Beach J stated that while a patent infringement claim was not immune from a summary dismissal order, where the technology was complex or the Court was unable to confidently construe the relevant claims, then summary determination may not be appropriate (at [24]).

His Honour stated that it was arguable whether Celgene satisfied their obligations in respect of the best method due to the nature of the invention defined in the 779 Patent and proceeded to provide several other discretionary reasons for deciding not to summarily dismiss this ground, such as the need for substantial expert evidence in determining the question of inventive step and the possibility that summarily disposing the best method ground only to reach a different view later in the context of other grounds, such as the trial on inventive step, would be unsatisfactory (at [83]-[86]). Celgene had claimed that Juno’s allegation of false suggestion was dependent upon the speculation that Celgene may not have tested the relevant compounds. However, Celgene asserted that Juno had failed to provide any support to their speculation. His Honour exercised discretion in deciding not to summarily dismiss this ground on the basis that Juno might be able to provide further particulars during discovery.

His Honour noted the distinction between a strike out application (Juno’s application) and a summary dismissal application (Celgene’s application) by referring to Polar Aviation Pty Ltd v Civil Aviation Safety Authority (No 4) (2011) 203 FCR 293 at [7]-[18] (at [26]). Juno was attempting to strike out certain parts of Celgene’s statement of crossclaim with respect to the other seven patents, stating that Celgene’s allegations of infringement was premature. Juno stated that they were not offering and could not offer any lenalidomide products for sale in Australia, and Celgene was unable to establish Juno’s clear and immediate intention to do so. However, his Honour held that while some respects of Celgene’s claim might be hypothetical, it was not sufficiently hypothetical to warrant summary disposition (at [184]) stating that although “the cross-claim concerns conduct that has not yet taken place, it is based on conduct that the applicants intend to undertake during the term of the seven patents” (at [185]). Further, his Honour went on to emphasize that Juno’s submissions constituted a strike out application and not a summary dismissal application, because of which, whether the issues were hypothetical or not were irrelevant (at [190]). The relevant particulars of Celgene’s crossclaim on their face were determined to give rise to a reasonable arguable cause of action, which justified the relief sought. Thus, his Honour dismissed Juno’s strike out application.

This decision emphasizes the difficulty in succeeding with summary dismissal and strike out applications when the technology in question is complex. Generic and biosimilar companies must be aware that it is unlikely that an application to a Court to dismiss infringement claims against their generic or biosimilar products on the basis that they are yet to obtain TGA approval will succeed. It also reaffirms that a Court prefers to hear both infringement and validity cases together.