23 Oct Lessons from the Lion City: Singapore shows why Australia should reject the doctrine of equivalents

Posted at 03:10h in Articles, Patents by Brendan Nugent
Share 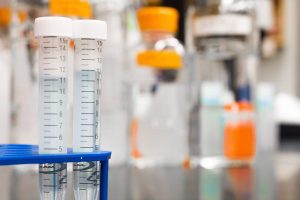 The 2017 decision of the Supreme Court of the United Kingdom (UK) in the case of Actavis v Lilly1 marked a quantum shift in the patent law of that country. While Australian law has diverged significantly from UK law over the past 40 years, could an Australian Court take a similar approach?

The law in Australia

Australian law has long acknowledged the possibility that the claims defining an invention may be interpreted in a way that extends their scope beyond the literal meaning of the words employed by the drafter. On occasion, integers of a claim deemed not to be essential have been omitted or replaced by a mechanical equivalent2. Furthermore, just as in UK law, the terms used in a claim must be given a “purposive” construction3. To give a purposive construction, one asks what the person skilled in the art would understand the patentee to be claiming having regard to the precise language used in the claim.  By way of example, a claim defining a galvanised steel lintel which included “a rigid support member extending vertically” was held to cover a variant in which the lintel was offset six or eight degrees from vertical.

The infringing lintel functioned in the same way as the patented lintel and could be regarded as being “vertical” within the meaning of the claim. However, when one considers the Actavis product, a potassium salt, for example, is not a variant of a sodium salt. Pemetrexed dipotassium, while similar in most properties, is chemically distinguishable from pemetrexed disodium. Therefore to find infringement requires more than a purposive construction.

Why could the UK Supreme Court extend the scope of the claim?

The new approach finds basis in a Protocol4 establishing the bounds of protection conferred by a patent that was agreed by the members of the European Patent Convention, including the UK, in 1973. The relevant portion was added in 2000, and reads as follows:

“For the purpose of determining the extent of protection conferred by a…patent, due account shall be taken of any element which is equivalent to an element specified in the claims.” [emphasis added]

A significant decision in Singapore

The Courts in Singapore generally follow UK or European precedent because of the similarity of the governing legislation in Singapore and the UK Patents Act. However, in the case of Lee Tat Cheng v. Maka GPS Technologies Pte Ltd5 the Singapore Court of Appeal decided not to adopt the approach taken by the UK Supreme Court in Actavis v Lilly.

The Singapore Court took the view that the patentee should be bound by the language chosen to frame the claims of his patent. Finally, the Court expressed a concern that importing the doctrine of equivalents into Singapore law may give rise to undue uncertainty concerning the scope of the monopoly granted to a patentee.

The future for Australia

The UK Supreme Court took the approach they did because they were obliged to by the Protocol, but, like Singapore, there is no similar Protocol in effect in Australia.

Warnings that the patentee is bound by the words of his choosing, like the warning in Lee Tat Cheng, occur frequently in Australian case law. Specifically, in ascertaining the width of a particular claim it is not permissible to vary or qualify the plain and unambiguous meaning of the claim by reference to the body of the specification6.

A doctrine of equivalents extends the scope of the protection conferred by a patent beyond its claims. In our view, this tilts the balance too far in favour of the patentee for an Australian Court to adopt the approach of the UK Supreme Court in Actavis v Lilly.

[4] Protocol on the Interpretation of Article 69 EPC