Posted at 22:35h in Articles, Patents by Brendan Nugent
Share 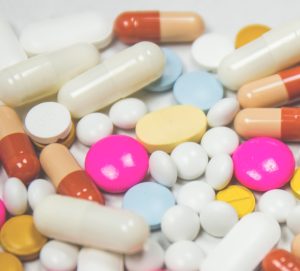 The latest chapter in the extensive and longstanding litigation around Australian patent no. 623144, owned by Danish pharmaceutical company H. Lundbeck A/S [1], highlights a practical difficulty for generic manufacturers.

Lundbeck sought to extend the term of the patent, but did so only just before the patent expired. This was well beyond the usual deadline, and so Lundbeck had to seek an extension of time in order for the application for extension of term to be considered. Several generic manufacturers, including Sandoz, launched products after the patent expired but before the application extending the time in which to apply for an extension of term was considered. Since they launched at a time when Lundbeck had no patent rights, Sandoz argued that they should have been protected from patent infringement once rights were restored. However, the Court held that the extension of term should be retrospective., and so Sandoz infringed the patent.

Sandoz released their generic product to the market on 15 June 2009, just two days after the expiry of Lundbeck’s patent, and only three days after the application for extension of term was made. The Commissioner of Patents approved an extension of the patent term on 25 June 2014 [3]. Lundbeck filed patent infringement proceedings in the Federal Court of Australia on 26 June 2014.

In this case the Federal Court held that a decision regarding the extension of the term of a patent could be delivered following expiry of the patent, and the effect of that delivery is retrospective. Although the application for extension of term was filed out of time, this was able to be rectified by applying to extend the deadline because the failure to file in time was due to an “error or omission” on the part of the patentee. Although Sandoz launched their product at a time when it seemed Lundbeck had no patent rights, there was no gap in protection since the patent never ceased nor needed to be restored.

This may be contrasted with the situation where a patent is restored when, for example, a renewal fee is paid out of time. In these circumstances, since the patent did temporarily cease, steps taken by another party to exploit the patented invention in the “gap” period will not open the party to infringement proceedings.

The impact on generics

Generic manufacturers who seek to launch immediately after the expiry of a patent should take note of the possibility that an application for an extension of term can be made at a late date in Australia if some error or omission lead to this not being done within the prescribed time. Such extensions of patent terms will have retrospective effect if granted after the expiry of the patent.

It is understood that the decision is under appeal.