We find that many Australian businesses and individual inventors have plans for commercializing their product in overseas countries. We can help you to defer the timing and costs of overseas applications while still preserving your potential intellectual property rights in foreign jurisdictions.

The Paris Convention for the Protection of Industrial Property was established in 1883. Under the terms of the Paris Convention each member country recognizes a reciprocal right of priority for IP  applicants from each of the other Convention countries. What that means is that if you firstly file a patent, trade mark or design registration application in Australia for your invention then, you’ll have up to twelve months for patents, or six months for trade marks and designs, to file an application for the same invention, claiming the priority date of your Australian application, in one or more of the Convention countries.

The Paris Convention makes a number of stipulations as to how the overseas right of priority is to be claimed and the circumstances in which it can be claimed.  For example, one potential minefield in using the Paris Convention is that under Article 4(C) it is a requirement that the basic application, i.e. the application from which priority is claimed must be the first “live” application and that any earlier application must have lapsed or been withdrawn without any rights outstanding.  The way that the Articles of the Paris Convention are implemented in each country can vary and so it’s important that professional advice is provided to ensure that the earlier priority claim isn’t compromised.  We can help you to meet your Paris Convention deadline and to avoid the risk of overlapping applications that could jeopardize your right to validly claim an earlier priority date when filing overseas.

The filing of foreign national applications can be deferred for 2.5 years from the Australian provisional filing date in countries which are party to the Patent Cooperation Treaty (PCT) by lodging an international patent application.

Amendments and arguments can be lodged during the examination procedure with a view to obtaining a preliminary examination report indicating patentability.

If you choose to file an international application, and not all the nations of interest to you are contracting parties to the PCT, then it may be necessary also to file some direct national applications under the Paris Convention.

We find that most of our local clients decide to start their overseas filing strategy by filing a PCT application.  An exception to that would be where the client  specifically only wishes to seek patent protection in a small number of countries (e.g. US, Australian and New Zealand) and there is no likelihood of them needing to expand the number of countries in the coming eighteen months.  Unfortunately, it is always possible that after the filing deadline has passed there will be a reason for seeking protection in additional countries. The great advantage of the PCT application is that it keeps options open  in about 145 countries in the critical early stages of the patenting procedure.  From a cost perspective the cost of filing a PCT application is typically about the same as filing directly into USA, China and New Zealand.

The international search report and written opinion are helpful because they can be used to assess whether amendments should be made to the claims in the patent specification to distinguish those claims over the documents that have been cited as being relevant to patentability.

If you’re contemplating seeking overseas patent, trade mark or design protection then we can help you with cost effective, independent associate patent attorney representation in foreign countries.   Call us to find out more, but don’t leave it too late!

Apart from regularly obtaining patents for our Australian clients in USA, Europe, China and New Zealand, we’re also experienced in obtaining patent protection in less commonly requested countries.  The following are actual images from our files of patent certificates that have issued for our local clients, mainly Brisbane based, in such countries. 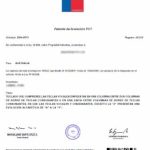 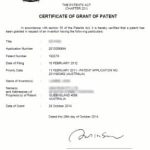 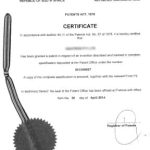 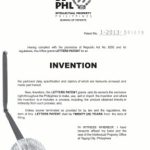 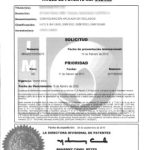