The main barriers to protection of icons and GUIs by Australian registered designs are based on the approaches of the Australian Designs Office described below.

Australian Designs Office practice requires that the visual features of a product must be assessed in the context of the product ‘at rest’, as opposed to ‘in use’.  For products powered by electricity, this is taken to mean that the appearance of the product in its powered state should not be considered.

Screen icons and GUIs are not usually visible on a display screen or device in in its unpowered state, so the appearance of these is considered not to contribute to the overall appearance of the product.

In 2017, an Australian Designs Office decision (Apple Inc [2017] ADO 6 (14 June 2017)) considered registrability of a design substantially directed to a screen icon.  This decision followed, and therefore reinforced, the approach of considering the design with the product (in this case named as a “Display Screen”) at rest.   Broadly speaking, this resulted in the icon itself, as against the outline of the screen on which it appeared, being ignored in considering registrability of the design.

2. Icons and GUIs not are products in their own right

The Australian Designs Act 2003 defines a ‘design’ as being ‘in relation to a product’, and as meaning “the overall appearance of the product resulting from one or more visual features of the product”.

A product is “a thing that is manufactured or hand-made”.  Virtual or non-physical designs including GUIs and screen icons are not considered to fall within this definition.

A font or typeface has been held to not itself be a product, or even a ‘thing’, but rather, at most “a design that is applied to a product”.

More recently, in 2017, the Apple decision mentioned above (Apple Inc [2017] ADO 6 (14 June 2017)) commented that ‘a projected image’, and by implication an image generated electronically on a screen, does not relate ‘squarely to a product of manufacture’.

Screen icons and GUIs themselves are therefore not considered ‘products’ in relation to which a design can be registered.

These aspects of current Australian practice are based largely on recommendations of the Australian Law Reform Commission from the 1990’s, including the recommendation that transient features of electronic displays should not be protectable by registered designs.

While the commercial importance and relevance of screen icons has changed significantly in the last couple of decades, and the designs law of many other jurisdictions has been updated accordingly, Australian law and practice has not yet been revised to take account of these developments.

Although the approach taken by the Australian Designs Office has not been affirmed by the Australian Courts, the current position appears to be that Australian registered designs cannot provide enforceable protection of screen icons and GUIs.

Initial ‘registration’ of designs for screen icons and GUIs is available

Despite all of the above, designs for screen icons and GUIs can be ‘registered’ in Australia.

Provided the formal requirements of the formalities check are met, an application proceeds to registration.  The formalities check does not normally include in depth consideration of whether a represented design is visible in the ‘at rest’ state of the product.  Therefore, if a design application is filed with a product name which appears to meet the statutory definition of ‘product’ (such as ‘display screen’ or ‘electronic device’), then the fact that an icon or GUI is the main feature in the representations will typically not prevent the pass the formalities check.

The Australian Designs Office has confirmed that designs substantially directed to screen icons or GUIs are capable of passing the pre-registration formalities check, and therefore of being registered even though, they are unlikely, in general, to be able to pass the examination stage in order to provide an enforceable right.

A review of Australian Designs law in 2015 recommended that “the treatment of virtual or non‐physical designs be reconsidered, for example by allowing consideration of the product in its active, and not just its resting state when considering validity.”

The Australian Government accepted this recommendation, and IP Australia’s website confirms that such a review is expected in the near future.

It is therefore quite possible that there will changes in Australian law and practice over the next couple of years that will allow, at least to some degree, enforceable protection for screen icons and GUIs by Australian registered designs. 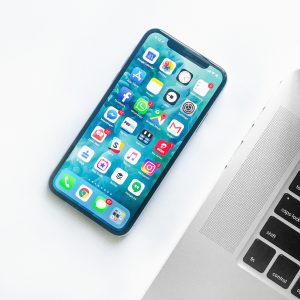 Photo by Rahul Chakraborty on Unsplash

Broadly speaking, where protection for a GUI or icon is desired we recommend filing an appropriate registered design application and obtaining registration of the design.

We can tailor such applications to maximise the likelihood of achieving registration without objection, for example, by designating a product which will enable the application to pass the formalities check, such as ‘display screen’ or ‘electronic device’, rather than icon or graphical user interface.

Because such designs are currently very unlikely to pass substantive examination, a request for substantive examination will, currently, almost certainly result in revocation of the registered design.  We therefore currently recommend against filing any request for examination of such designs.  As foreshadowed above, it appears reasonably likely that Australian law and practice will be revised in the next couple of years.  When this happens, the desirability of requesting examination should be reassessed.

We currently have filing strategies intended to maximise the likelihood of enforceable protection after any anticipated changes to Australian law and practice.  One important strategy is to file the application (where other constraints do not prevent this) with representations which provide at least a generic representation of the product named in that application – for example, the ‘display screen’ or ‘electronic device’ – rather than presenting the icon or GUI in isolation, or within a dashed-line border that cannot reasonably be considered to be a representation of the product.  This approach is intended to reduce the risk that the representations will, in future, be considered not to show the ‘overall appearance’ of the named product, which is inherent in the statutory definition of ‘design.

Please do not hesitate to contact us if you have any questions, or require assistance with any registered design matter.