10 Sep Stepping up from innovative to inventive

Novelty means that the claimed invention has not been done before anywhere else in the world.  This is a consistent requirement worldwide, and the novelty requirement is the same for both an innovation and a standard patent.  Typically, examiners will rely on prior published patents and applications; however, they are not limited to such documents. 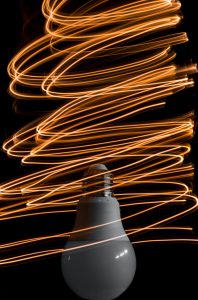 Photo by SUNBEAM PHOTOGRAPHY on Unsplash

During examination lack of an inventive step will occur if the essential features of a claim have not been previously disclosed, but those features would be obvious to a person skilled in the relevant technical field.

There are several arguments which may support inventive step, or non-obviousness of an invention.  For example, if the invention solves a long felt need in the field, there is a presumption that the invention is inventive since it may be assumed that others have tried to find a solution and have not succeeded.

If the work or development to arrive at the invention was particularly complex and not simple routine steps, then this may also be an indication that the invention involves an inventive step.

Please do not hesitate to contact us if you require any assistance with Australian and New Zealand patent applications.