Many countries encourage patent marking of patented products through use of provisions in their respective Patent Acts.  However, the provisions administered in each country do vary.

In the past, patent owners have physically marked their patented products using the terms ‘patented’ or ‘patent pending’ to indicate that the product is patent protected.  More recently, however, patent owners have begun marking their products with a web address directing users to a webpage listing the relevant patent information. One advantage of such ‘virtual’ marking is that the patent information may be updated without having to modify the physical product by way of updating molds, for example, which can mitigate expensive machinery modifications.

Virtual patent marking is a relatively new form of patent marking and thus patent legislation often does not explicitly refer to ‘virtual’ marking but that does not mean you should not use it.

Patent marking in Australia is not mandatory.  Certain provisions of the Patents Act 1990, however, aim to encourage patentees to indicate that their product is patented.

1. A court may refuse to award damages, or to make an order for an account of profits, in respect of an infringement of a patent if the defendant satisfies the court
that, at the date of the infringement, the defendant was not aware, and had no reason to believe, that a patent for the invention existed.

2. If patented products, marked so as to indicate that they are patented in Australia, were sold or used in the patent area to a substantial extent before the date
of the infringement, the defendant is to be taken to have been aware of the existence of the patent unless the contrary is established.

3. Nothing in this section affects a court’s power to grant relief by way of an injunction.

Section 123 does not mention ‘virtual’ marking.  However, section 123(2) states that a patented product need only be marked so as to ‘indicate’ that it is patented in Australia.  While untested in Australia, it is likely that virtual marking would be enough to satisfy the requirement of an indication of patent protection in Australia being met.

Like Australia, patent marking is not mandatory in New Zealand.  Again, like Australia, the New Zealand Patents Act 2013 includes provisions aimed at encouraging patentees to indicate that their product is patented.

Nevertheless, as with all patent matters, it is always recommended to obtain specific patent advice from a registered patent attorney in the relevant jurisdiction. Please do not hesitate to contact us at mail@mbip.com.au if you would like to discuss. 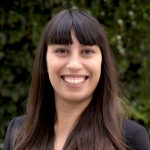