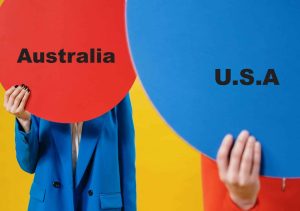 Section 7(2) of the Patent Act 1990 (Cth) provides that an invention is taken to involve an inventive step when compared with the prior art base unless the invention would have been obvious to a person skilled in the relevant art in the light of the common general knowledge.

When assessing an invention, Australian Courts apply the following test:

“The test is whether the hypothetical addressee faced with the same problem would have taken as a matter of routine whatever steps might have led from the prior art to the invention, whether they be the steps of the inventor or not.”

Differences between Australia and the US approaches in practice

However, there are some differences between Australian and US practices.  For example, under Australian practice, Australian examiners are usually limited to combination two documents and will often resort to asserting that the remaining features are obvious in light of the common general knowledge when raising Australian inventive step objections.

In contrast, US examiners typically rely on combining multiple documents when raising a corresponding obviousness objection.

When filing in Australia, overseas attorneys may want to take these approaches into consideration. Please do not hesitate to contact us at mail@mbip.com.au if you would like to discuss.