01 Oct Should Australia allow for an uplift in costs awarded in Trade Mark Oppositions? 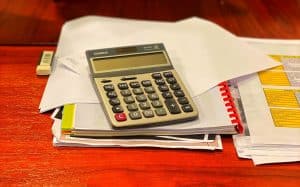 MBIP is currently acting for an applicant in opposition proceedings, where the opponent has filed close to 5,000 pages of supporting evidence – much of which is irrelevant (some showing only completely unrelated brands).  Clearly a strategy intended to overwhelm, the volume of evidence filed by the serial opponent has largely been regurgitated from previous proceedings.  Whilst the current applicant has sufficient resources to combat these tactics, smaller entities may not.  Is it time IP Australia considered discretion for an uplift in costs where a party to proceedings files significant irrelevant material?

In December 2019, IP Australia released a draft paper outlining proposed higher costs to be awarded to the successful party in trade mark removal and opposition proceedings.  Whilst these changes considered the recommendations of the Productivity Commission’s Inquiry into Australia’s intellectual property arrangements, due to considerable negative response to the proposal, the changes were abandoned.

Had the changes been implemented, an unsuccessful trade mark opponent may have been liable to pay the applicant’s legal costs of up to over $24,000. The proposed changes represented an increase of more than five times the current schedule of maximum costs awarded in opposition proceedings, not including travel expenses and allowances also payable by the unsuccessful party.  The threat of such hefty costs awarded against an unsuccessful party would have likely had the consequence of dissuading potential opponents or non-use applicants or defendants from commencing proceedings, even where prospects were favourable. With this in mind, it is reasonable that the proposed significant changes were abandoned.

Nevertheless, this leaves the maximum costs allowable in Australian trade mark proceedings (as contained in Schedule 8), far less than actual costs. Successful parties are left out of pocket – sometimes significantly so – despite victory in the proceedings. This leaves the trade mark opposition space open to misuse by parties who aim to simply overwhelm the other side, without the threat of costs repercussions.

The New Zealand position differs to Australia in that a successful party can apply for an uplift in the scale of costs, based on the unsuccessful party’s conduct in the proceedings.

In one such case (Nutrition Fit 2004, Limited v Monster Energy Company [2018] NZIPOTM 19) the opponent, Monster Energy, was ordered to pay costs plus an uplift of 50 per cent. In determining the costs award, Assistance Commissioner Alley agreed with Nutrition Fit’s submissions around the unnecessary length of Monster Energy’s evidence, including voluminous exhibits, and large amount of irrelevant material.

In an earlier matter (Green & Good Food Company Limited v Monster Energy Company [2016] NZIPOTM 2), although successful, Monster Energy was denied costs, in part due to the extraneous evidence they had filed in the proceedings.  In her decision, assistance Commissioner Glover noted:

…the trade mark opposition system is intended to operate as an efficient method of determining disputes, and this objective is undermined by evidence that is insufficiently tailored to the relevant trade marks or issues.

Surely the Australian opposition system is likewise intended to operate as an efficient method of determining disputes.  With that in mind, it seems only fitting that IP Australia should likewise allow discretion for an uplift of costs to be awarded in opposition proceedings in circumstances similar to those described above.