I’ve received a cease and desist letter alleging that I’m infringing someone’s patent. What should I do?

The first thing is “Don’t panic!”. While a letter like this should be taken very seriously the fact is that simply because the allegation has been made doesn’t mean that it’s actually correct.

The courts view the making of threats of patent infringement proceedings very seriously. In the words of Lord Justice Bowen (1893) in Skinner v Perry 10 RPC 1 ” Now, every person of common sense knows what is involved in patent actions, and what the expense of them is, and everybody knows that to be threatened with a patent action is about as disagreeable a thing that can happen to any man [or woman] of business. ”

Consequently, if it turns out that the letter constitutes a threat of patent infringement proceedings, and that threat is actually groundless, then the party sending the letter may be contravening the Unjustified Threats provisions of the Australian Patents Act 1990.

I would advise anyone who receives a cease and desist letter alleging patent infringement to get immediate advice from a patent attorney. The problem won’t go away by ignoring it. In fact, if it turns out that you are actually infringing someone’s patent then the issue will only be compounded and become more serious if you delay.

Some of the points to consider are:

2. Is the patent actually in force and enforceable? For example, is the patent a granted (i.e. “sealed”) standard patent or a certified innovation patent or is it just an application for a patent? If it’s a patent application then it won’t be enforceable until it has actually been granted (for a standard patent) or certified (for an innovation patent). However take care because damages or an account for profits may be retrospectively payable to the patent owner once the standard patent is granted or the innovation patent is certified. The retrospective damages or account for profit are payable back to the time that the patent specification was published provided that the claims at that time were framed in the same manner as at the time of grant or certification.

If the patent is in force and is granted (for a standard patent) and certified (for an innovation patent) then the question is whether or not your activities, e.g. the making or sale of your product are an infringement of the patent that’s being asserted against you. The question of determining whether or not a product falls within the scope of a patent, so that it constitutes an infringement depends on the patent claims.

It’s important to note that only one claim needs to be infringed for the patent to be infringed. In some circumstances the meaning of the terms in the patent claims will need to be interpreted in light of the body of the patent, e.g. the detailed description of the preferred embodiment of the invention. Interpreting, or “constructing” a patent claim is often not a straightforward job and is something that you will need an experienced patent attorney to advise you on.

If it turns out that the allegation is properly made out and it appears that you are infringing the patent then there are still a number of possibilities to consider.

For example, it may be that you have a defence to the infringement allegation because you started using the invention before the patent’s priority date. That defence is provided under the Infringement Exemptions: Prior Use provision of s119 of the Australian Patents Act 1990.

Alternatively, perhaps there is good reason to believe that the patent claims are invalid. Care needs to be taken though because it is possible to amend a patent after it has been granted in ways that can sometimes rectify an invalidity problem while still keeping claims in the patent that could be enforced against you.

The above points don’t even start to look at the possibility of negotiating a settlement with the other party. Negotiation is an art in itself and it is sometimes possible to obtain a favourable outcome even when you are on weaker legal ground than the party alleging the infringement. The main point to take away though is that if you do receive a letter alleging that you’re infringing a patent, don’t ignore it because it won’t go away. Contact a patent attorney or specialist IP lawyer and get professional advice. 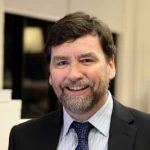