Procuring patent protection for new medical devices and equipment is well known and the legal principles for achieving such protection for novel and inventive devices are relatively similar across major international jurisdictions. However, for the category of patentable inventions includes methods or processes which involve a novel and inventive series of steps of using medical devices and equipment, the international position across various jurisdictions can vary significantly. Patent protection for such methods can be particularly useful to protect new uses for known devices or equipment.

Patentability of methods of medical treatment is of great importance for the medical industry. While it is well known that the US Patent System allows patentability of methods of medical treatment, the situation in other international jurisdictions is a lot more complicated and less certain. For example, in Europe, “patents shall not be granted in respect of methods for treatment of the human or animal body by surgery or therapy and diagnostic methods practiced on the human or animal body.” The patent laws make clear that the products, substances and compositions used in a method remain patentable, and it is less clear whether methods of using medical devices (for example diagnostic methods) are patentable. Likewise, in Japan, patent claims directed to methods of medical treatment of humans are not allowable, and the patent laws of China state that no patent right shall be granted for a method of diagnosis or for the treatment of diseases.

The most recent decision by the High Court (Apotex Pty Ltd v Sanofi-Aventis Australia Pty Ltd [2013] HCA50) has confirmed that processes or methods for medical treatment of the human body, having economic utility are patentable. The decision revolved around a method of preventing or treating psoriasis by administering a known chemical compound. Similarly, in another recently reported decision, the Full Federal Court of Australia, in Ariosa Diagnostics, Inc v Sequenom, Inc [2021] FCAFC 101, confirmed that a diagnostic method of detecting cell-free fetal DNA (cffDNA) in the plasma and serum of pregnant women was patent eligible subject-matter.

The Apotex decision however acknowledged (at [287]-below) that there is a distinction between methods of treatment and activities or procedures carried out by doctors and medical staff.

There is, however, a distinction which can be acknowledged between a method of medical treatment which involves a hitherto unknown therapeutic use of a pharmaceutical (having prior therapeutic uses) and the activities or procedures of doctors (and other medical staff) when physically treating patients. Although it is unnecessary to decide the point, or to seek to characterise activities or procedures exhaustively, speaking generally they are, in the language of the NRDC Case, “essentially non-economic” and, in the language of the EPC and the Patents Act 1977 (UK), they are not “susceptible” or “capable” of industrial application. To the extent that such activities or procedures involve “a method or a process”, they are unlikely to be able to satisfy the NRDC Case test for the patentability of processes because they are not capable of being practically applied in commerce or industry, a necessary prerequisite of a “manner of manufacture”.

The above passage is obiter dicta (implying that the principal is not legally binding because it wasn’t used in the decision) and raises the question on whether medical methods involving devices and equipment can be deemed patent-eligible subject matter. 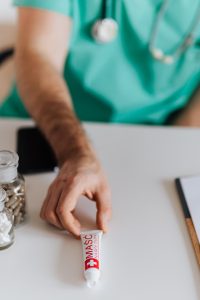 Photo by Karolina Grabowska from Pexels

“If a process which does not produce a new substance but nevertheless results in ‘a new and useful effect’ so that the new result is ‘an artificially created state of affairs’ providing economic utility, it may be considered a ‘manner of new manufacture’ within s 6 of the Statute of Monopolies.”

Lockhart J’s views in Anaesthetic Supplies were considered when the majority decision in the Apotex case was consolidated by Chief Justice French:

The method claim in the Anaesthetic Supplies case relied on a known piece of equipment (the nose-piece) and the claim was a method of using the known product in a new manner for a new medical result/treatment that was:

The above method was deemed patent-eligible subject matter in the decision from 1994 but it is somewhat difficult to reconcile this decision with the more recent views expressed in Para [287] of the Apotex Decision. Specifically, would the use of the known nose-piece be deemed non-economic if the guidance of Para [287] were to be followed?

In some recent cases, IP Australia has started relying on Para [287] of the Apotex Decision to raise subject matter eligibility rejections.  on it in issuing objections to certain applications. Interestingly, the Australian Patent Examination Manual (see excerpt below) refers to Para [287] but does not indicate that the principles set out in Para [287] are obiter dicta.

While protection for medical treatment method (including secondary medical use) for known pharmaceutical compounds and diagnostic methods is clearly available under Australian law, the position on methods involving secondary use of medical devices remains unclear and somewhat open. Therefore, unlike some other comparable jurisdictions like the USA, patentability of medical methods or procedures carried out by medical staff using medical equipment remains an unresolved question.

If you would like assistance with procuring patent protection for new medical devices and equipment in Australia, please contact us. 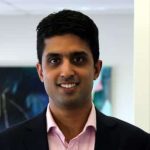