In a recent decision of Commissioner of Patents v Thaler [2022] FCAFC 62, the Full Court of the Federal Court of Australia has overturned a landmark decision of Beach J[1] in finding that DABUS, an artificial intelligence system, can be considered to be an inventor under the Patents Act 1990 (Cth) (‘the Act’) and Patent Regulations 1991 (Cth) (‘the Regulations’).

One of the many issues that have been brought under scrutiny is the ability for an artificial intelligence to assign its rights to another person or entity. Dr. Thaler argued that ‘…the common law confers ownership of anything produced by DABUS to its owner, the applicant.’ The Court did not expressly disagree with this point as inventorship, and entitlement are not the same principle, nor do they have the same considerations. Instead, the Court focused their enquiry on whether ‘… an artificial intelligence machine can be considered to be an “inventor” within the meaning ascribed to that term in the Patents Act 1990 (Cth) and the Patents Regulations 1991 (Cth).’[2]

The Court adopted the approach from Stack v Davies Shephard Pty Ltd [2001] FCA 501 in finding ‘there must be a legal relationship between the actual inventor and the person entitled to the grant.’[3] The Court then found that ‘something without a legal identity cannot give effect to an assignment.’[4] Interestingly, similar patent rights were also sought in Saudi Arabia and if this approach were followed there, the outcome may have been different. In October 2017, Saudi Arabia granted citizenship, and therefore a legal identity, to a robot named Sophia.[5]

Ultimately, the Court has relied on contextual implications and the intention, as interpreted from the second reading speeches or the Explanatory Memorandum, of the Act and the Regulations in finding that the term ‘inventor’ was envisaged to be a natural person. The Court further considered the majority High Court decision in D’Arcy v Myriad Genetics Inc [2015] HCA 35 and found that “the references to “human action” were deliberate.”[7] Some additional considerations included looking at the recommendations provided by the Industrial Property Advisory Committee in its report Patents, Innovation and Competition in Australia report. The report did not provide any recommendations to alter the meaning of ‘inventor’. Accordingly, the Court found this in favour of interpreting ‘inventor’ to not encompass an artificial intelligence system.

With some hope towards the future, the Court acknowledged that Dr. Thaler intentionally filed the application to “provoke debate” which the Court also acknowledged is “important and worthwhile”.[8] From the decision, it seems as if the Court is open to the possibility that an artificial intelligence may at one point be named as an “inventor” in Australia. However, it may be that the Court understands that the correct process for considering the intricacies and potential problems would be through Parliament, not the courts. With the rate at which technology is advancing, this discussion may need to be heard before Parliament sooner rather than later.

Dr. Thaler has sought special leave to appeal to the High Court from this decision.

To keep up to date with news relating to Australian (and New Zealand) patents, please follow us on LinkedIn.

For advice about patenting your invention, please speak with one of our patent attorneys by calling on 07 3369 2226 or email mail@mbip.com.au. 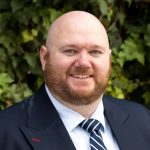