03 Sep How do I challenge my competitor’s patent after it is issued? 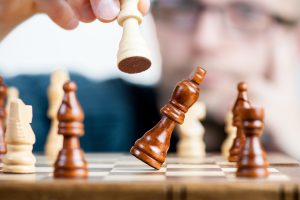 When clients come to us to determine the best options for challenging a granted Australian patent, different considerations come into play. A challenger must evaluate the cost involved, the level of participation and rates for a successful outcome.

Compared to a traditional court action, re-examination is an inexpensive and effective process for challenging patent validity. In a recent re-examination case1 handled by MBIP Principal Andy Mukherji our client was successful in having a patent revoked so that the client could continue its activities unhindered.

Australian patent re-examination is an ex-parte procedure, which means that the patent owner and the challenger each communicate separately with IP Australia. Upon considering the challenger’s evidence that the patent shouldn’t have been granted, IP Australia typically issues an adverse re-examination report and provides an opportunity to the patentee to overcome the findings by filing arguments and possible claim amendments. The third party requesting re-examination is not invited to comment on the Patentee’s response. This is in contrast to an inter-parte opposition procedure administered by IP Australia which is only available in Australia before grant of a patent.

Overall costs for filing a re-examination request is a fraction of the costs that would be involved if the challenger was to commence revocation proceedings through a Court.

Prior to 15 April 2013 (commencement of the latest amendments to the Patents Act 1990 (Cth), the only grounds that were available for requesting re-examination were that the patent was lacking in novelty and/or inventive step. Any issues relating to lack of non-eligible subject matter, utility or sufficiency could only be raised during revocation proceedings before the Federal Court. However, following 15 April 2013, the expanded grounds for re-examination include:

An important consideration to bear in mind is that even though the most recent changes to the Australian Patents Act expanded the grounds available for re-examination, the application of each ground depends on when the examination request was filed (i.e. prior to or after 15 April 2013). For example, in this recent case the patentee had filed a request for examination before 15 April 2013. This implies that even though the expanded re-examination grounds were applicable, in the case of applying the principles of “inventive step”, the less onerous requirements of the pre “raising the bar” version of the Patents Act were considered by IP Australia during the re-examination procedure. Even though the older, lower threshold test was applied by IP Australia, it was found that the granted claims of the Patent did not pass the test. The patentee was given an opportunity to amend the claims. However, the amendments did not satisfy the Commissioner and the Patent was eventually revoked for lack of inventive step.

It’s important to also take into account that any third party can request re-examination of a granted Australian Patent by outlining the grounds and filing the required evidence in line with the prescribed procedures. Requesting re-examination doesn’t affect the right of the third party requestor to apply to revoke the patent at a later date if the re-examination challenge is unsuccessful. However, IP Australia does not re-examine a granted patent when court proceedings (such as infringement or revocation) are pending.

If a competitor’s patent is becoming an impediment to your business plans then re-examination is a relatively low-cost option that’s worth considering.