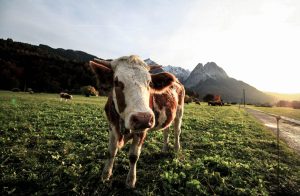 Ceres Tag is a complete identification and management digital ear tag for the livestock industry which aims to assist farmers with monitoring the health and movement data of their animals.

Ceres Tag has been referred to as “Fitbit for cows”, but in reality the technology is so much more than that – set to revolutionise the livestock industry by saving time and reducing risks and costs that would normally go into manually tracking individual cattle and livestock herds.

The tag can send out alerts for unusual activity such as theft or if an animal has wandered beyond property boundaries, or even movements that could indicate that an animal is sick or giving birth. It is also extremely useful in providing insight into management of land and grazing patterns.

The business is currently testing the reliability of the tags in Australia’s harsh conditions, with the goal of developing an ultra low-power tag that lasts for the duration of an animal’s lifespan.

Ceres Tag does not have its own software and instead collaborates with user interface systems to supply specific animal data, in an effort to provide freedom of choice to farmers who can integrate data into their existing farm management software.

Recently, the business has been testing a new generation Printed Circuit Board (PCB) that will reduce the size and weight of the tags by approximately 30% from those that are currently shown on their website. They have also been working with industrial designers Clandestine Design Group on product design improvements. There will be iterative tests later this year on animals before the large scale 500 animal trial at the end of the year.

Andy Mukherji and his team at Michael Buck IP have been advising Ceres Tag on their intellectual property rights and protection for the last three years and Ceres Tag has filed a number of Australian and international patents, designs and trade marks.

“We are extremely pleased to have been instructed by David Smith and his team from Ceres Tag. David has a relentless focus on disrupting the agtech industry and we expect Ceres Tag to become a world player in this emerging market.”

The Ceres Tag is following a strict development program on track for its commercial release and is expected to hit the market in 2020.